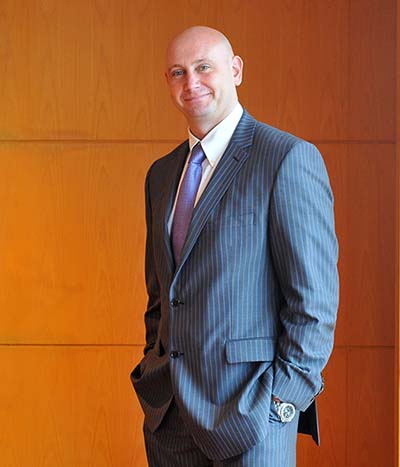 A former IATA instructor, Aaron continues to train aviation security and was invited to talk at the Disruptive Passenger Global Security Event in London (2019) on the role of mindfulness in overcoming Amygdala Hijacking.

He has consulted on crisis management, corporate security and close protection have in S. E. Asia over the last 20 years. He is currently retained by several large MNC’s to act as outsourced Head of Security and a Crisis Management Advisor.

Aaron has run executive protection details for some of the world’s most prominent business men (Elon Musk among others(. He conducts specific defensive tactics courses (Weaponize-Your-Body) to Special Force Operators in Thailand where he both fluent in spoken and written Thai. Aaron received his honorary wings from the Thai Special Forces in 2019 for his work as CPO to Elon Musk in the Chiang Rai cave rescue. In addition he is the Regional Vice President for ASIS International, Region 13B.

Aaron is currently completing his Masters in Criminology and Criminal Psychology. His thesis focuses on Neurocriminology, and its ability to predict psychopathy and aggressive behavior.

Would you like to explore our services? Schedule a call back below with a member of our executive team.